To facilitate Polish educational institutions and business elites Indo-European Education Foundation  has launched a project called POLAND GO INDIA under Honorary Patronage of the Ministry of Science and Higher Education, Republic of Poland. Project is dedicated to address all needs of Polish universities in the area of academic, non-academic and industrial cooperation.

In the case of India and Poland- both are two emerging powerful economies in their respective regions. Where India grew with 7.9 per cent GDP growth rate continuously in the 1st quarter of 2015 and 2016 overtaking China’s 7.0 per cent growth in the same quarter and was identified as the fastest growing economy in the world. Also, India is the only among BRICS (Brazil, Russia, India, China, South Africa), where growth will accelerate more than 8% in financial year 2017 and 8.4% in Financial Year 2018. At the same time, Poland has been seen as the fastest growing economy in Central Europe with GDP growth of 3.5 percent in the year 2015 and expected to maintain such growth in the year 2016 and 2017.

In trade relations, India is importing from Poland- equipment for power stations, arms, railways equipment, steel products and mining equipment along with other products, and exporting to Poland Coffee, pepper, tea, tobacco, cotton products and fibre as main products along with others. Since 2004, Polish exports to the Asian nations, India inclusive, have been rising. It was noted that during the last three decades the trade volume between India and Poland grew about eleven times from 1991 to 2008. The total bilateral trade in 2006 was US$675.73 million and in 2007 US$861.78 million, crossing US$ 1 billion in 2008. After signing of the new economic agreement in May 2006 this bilateral trade relation was busted and crossed US$ 2 billion in 2014 from US$ 1.961 billion 2013.

Educational development is the only way to accelerate the Economic Development of India by Dr. Pradeep Kumar, President, Indo-European Education Foundation

Though India and Poland being among the world’s top twenty economies with the minimal two-way FDIs flow and the trade turnover of $ 2.2 billion in 2015, do not reveal the true potential of India and Poland trade. During the last decades, while Polish business concentrated the majority of its activities in the EU and close neighbourhoods, Indian experts admitted that Poland was not yet fully recognised in India as a business destination. Trade relations between these two countries have not reached the certain figure where they are supposed to be after 61 years of diplomatic relations. Although a chair of Sanskrit was set up in the Jagiellonian University of Krakow in 1893.

In spite of the fact that both economies are experiencing growth and willing to establish trade relations, still there are many barriers that are creating hurdles for trade flows and destabilising academic and industrial approaches. There is no academic cooperation between Indian-Polish universities. Such efforts were not realised in past years to be sufficient to create a strong link between educational institutions and Industries in order to establish long term capital flows between India and Poland.

In one hand, where Poland as a country has more than 500 universities with 36.5 million population with decreasing demography figures, getting trouble to fulfil their places at educational institutions and largely depending on Public funds or EU grants, India is over crowded with 1.28 billion people and every year thousands of students go abroad for higher education on the basis of full tuition fee payment. India has over 650 million people below the age of 25 years. Over 32 per cent of the 1.28 billion population is between the age group 0-14, which means the number of people in India needing primary and secondary education alone exceeds the entire population of the USA. By 2020, India will have one of the youngest population in the world, with an average age of 29 years, and 25 million people will be seeking higher education abroad with the capacity to expand 15000- 20000 euro per year 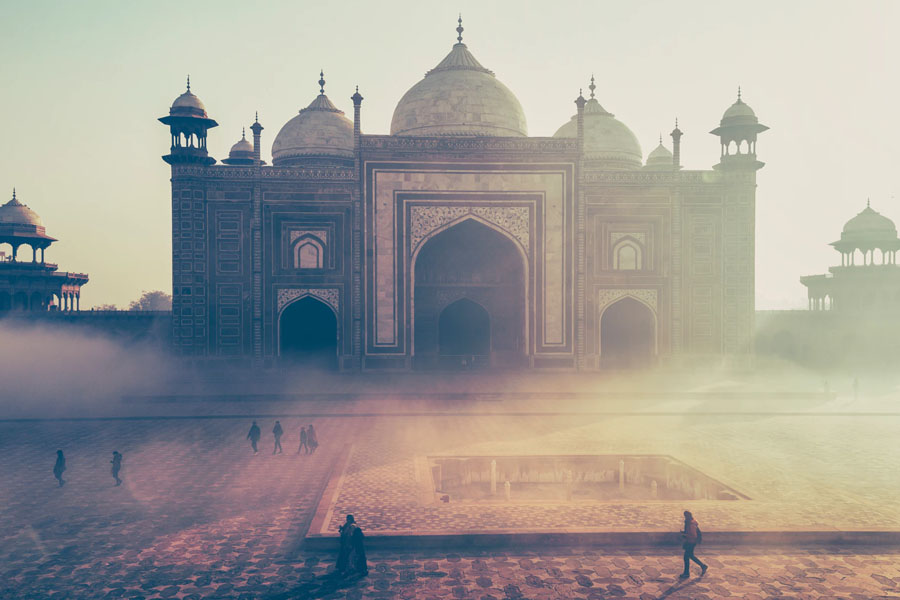 In other words, Polish educational institutions can get a number of well qualified students for their well esteemed institutions and Poland can get millions of euros as direct capital flow to the Polish economy. Not only that, such an approach will bring Industrial interest from both the countries to start close ties with academic institutions and provide many different services such as Industrial training, internships and full employment in their prospective department and locations.

As per today, around 2 500 Indian students are studying in all Polish universities and in a similar manner less than 50 Polish students are studying in Indian universities. What more, we are not able to find all together even 60 companies from both the countries working as foreign investors. Thus, certainly there is a gap between these two entities that is a affecting business ties between them.

This project - Poland Go India -  is about to find out the reasons for this gap and how to fulfil this gap to improve the relations between India and Poland based on educational-industrial ties. 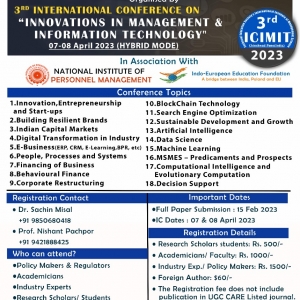 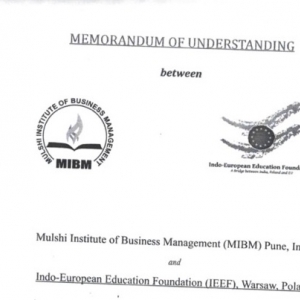 A MOU between Mulshi Institute of Business Management (MIBM) Pune, India and (...) 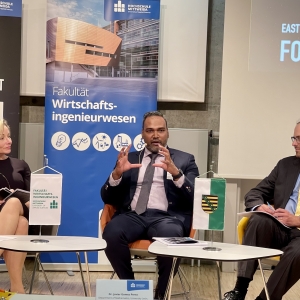 EAST-WEST FORUM-2022 East-West Forum was an exciting and stimulating event with valuable (...) 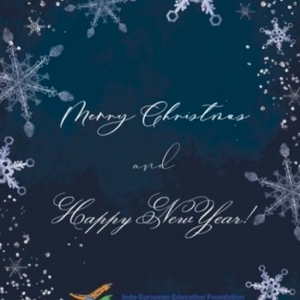 Thank you for your support & cooperation! MERRY CHRISTMAS  & HAPPY NEW (...) 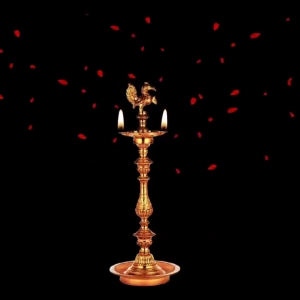 The Coherence of Global Sustainability- A Way Forward

5th Edition of Transdisciplinary International Conference on "The Coherence of Global Sustainability- A Way Forward" were (...)